It is a common belief that blockchain and distributed ledgers are the same thing, but this would be an incorrect conclusion. It's easy to understand why the two are frequently confused, but they are most assuredly not the same. We have recently written about what blockchain is, but what about distributed ledger technology? What is it and how does it work? Who can benefit from using it? Let's talk about it.

What is a Distributed Ledger?

A distributed ledger gives control of all its information and transactions to the users and promotes transparency. They can minimize transaction time to minutes and are constantly processed to help businesses save money. The technology also facilitates efficiency and automation. 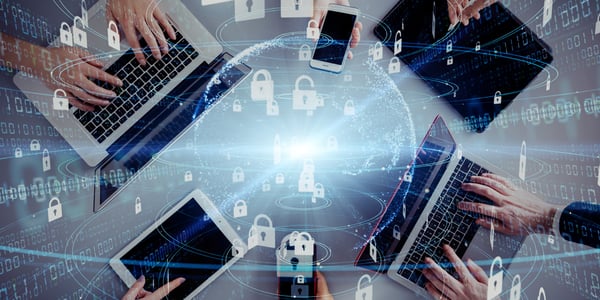 Distributed ledgers like blockchains are exceedingly useful for financial transactions because they remove inefficiencies and, because of its decentralized nature, they can also bring increased security. Blockchain and distributed ledger technology offers a way to securely and efficiently create a tamper-proof log of sensitive information. This may include anything from international money transfers to shareholder records. Financial processes are upgraded to offer companies a secure, digital alternative to processes run by a clearinghouse.

When you write data to a blockchain, it is inscribed on the network. When you have a series of transactions over time, you gain an accurate and undeniable audit trail. This is particularly useful for financial audits. Having data stored in a place where no one person owns or controls it, and no one can change what's already written and gives you benefits to double-entry book-keeping, helping reduce the risk of errors and fraud.

To conclude, blockchain is a specific type of distributed ledger. It is designed to keep transactions and interactions and bring transparency and efficiency to business all while improving security benefits. Blockchain and distributed ledger technology represents a new way to transact business. Because of the key concepts of cryptographic security, these technologies can change the way we organize our businesses on a fundamental level.

What to Know About Digital Badges and Certifications