From originally surfacing as a meme to soaring in popularity over the past few years, Dogecoin is a controversial cryptocurrency that was even backed by Elon Musk and has caught the interest of many cryptocurrency fanatics. But what exactly is Dogecoin and is it worth the investment?

WANT TO MAKE YOUR OWN TOKEN? WE HAVE A GUIDE FOR THAT

The History of Dogecoin

Founded in 2013 by Jackson Palmer and Billy Markus, Dogecoin was launched in 2013 as a joke. Palmer designed the coin and website featuring the popular Doge meme that surfaced at the time. Software designer Billy Markus then coded the currency over the course of three hours and Dogecoin came to life.

Palmer and Markus intended Dogecoin as a currency that would poke fun at the popularity of individuals investing in products that they didn't understand. However, it is exactly what happened.

Cryptocurrency can be tricky due to its volatile nature. Dogecoin has soared and fallen over the course of the year. One major player in Dogecoin's success is its amount of tokens in circulation. For reference Bitcoin tokens are capped at 21 million whereas Dogecoin has more than 129.5 billion in circulation and counting. This number means that there is no supply and demand dynamic to its price.

Dogecoin's main attraction is that it is purely fun. With its large Reddit following and growing support among celebrities like Mark Cuban, owner of Dallas Mavericks, and Elon Musk who have openly supported Dogecoin, it only makes sense that people are gaining interest. Dogecoin is being accepted more than 1,300 merchants as a form of payment and more exchanges are beginning to offer the coin on their platform. 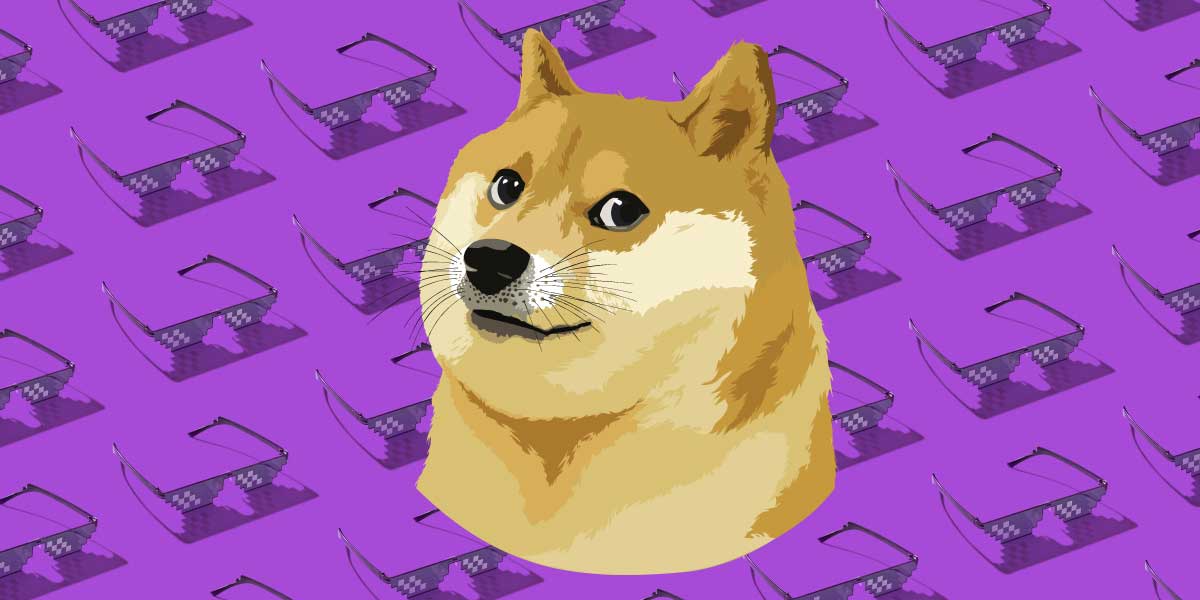 Dogecoin's founders started the cryptocurrency as a joke based on the popular meme.

Compared to more established cryptocurrencies, Dogecoin is worth much less and offers no technical differentiators or uses that other cryptocurrencies already cover. So, why else does it fall short? The risk.

Dogecoin has gained popularity for being fun but it is an unpredictable commodity with no actual purpose. The creators, Palmer and Markus, had no business plan and were not ever planning for it to skyrocket it like it did. The real risk comes from celebrities such as Elon Musk who hold the coin's success in its hands. From tweets to his appearance on Saturday Night Live, Musk's support of Dogecoin has really shifted the game.

While Dogecoin does have an uncapped supply, this can be viewed as a harmful differentiator. Since it is endless, it will continue to grow more rapidly as time goes on which means it will likely be unstable as a long-term investment.

Before investing into any form of cryptocurrency, you need to understand your goals as well as the long-term goals with the currency itself. Supply and demand play a huge role in the crypto market. With high demand and low supply coins, such as Bitcoin, the market value grows, the same cannot be said for Dogecoin.

Cryptocurrency is a volatile investment and the market is constantly shifting. As Dogecoin and other cryptocurrencies come and go, it is important to understand the risks and benefits associated with investments. While hopping on the Dogecoin band wagon may sound like fun, the long-term investment opportunity is lacking.

How is Bitcoin's Price Calculated?