The term "blockchain" is becoming more prominent in the banking, investing, and cryptocurrency world. Blockchains are secured through a variety of mechanisms. It is the underlying structure of most cryptocurrencies and is what prevents digital monies from being duplicated or even destroyed. The use of blockchain technology is also being explored in other contexts, though, as they provide data immutability and highly valuable data security. And as important as blockchain as a security system is, it is not a simple subject. It is important to understand the basic concepts and mechanisms that provide protection to these innovative systems.

Two of the most important features of blockchain are consensus and immutability. Consensus is the ability of the nodes within the blockchain network to agree on the state of the network and on the validity of transactions. Usually, the process of achieving consensus is accomplished through a consensus algorithm. Immutability is the ability of a blockchain to prevent alteration of transactions that have already been confirmed. These transactions are often relating to the transfer of cryptocurrencies, they may also refer to the record of other forms of digital data.

For cyber security, blockchain can be applied to systems which require both integrity checks and immutability. The blockchain solution protects data from attackers, prevents potential fraud, and reduces the chance of data either being stolen or compromised. This is all because of the distributed nature of blockchain; to corrupt it, every single system that processes the blockchain would need to be attacked—and since there can be thousands of systems in the chain, this strength in numbers means it is impractical to attack the data. 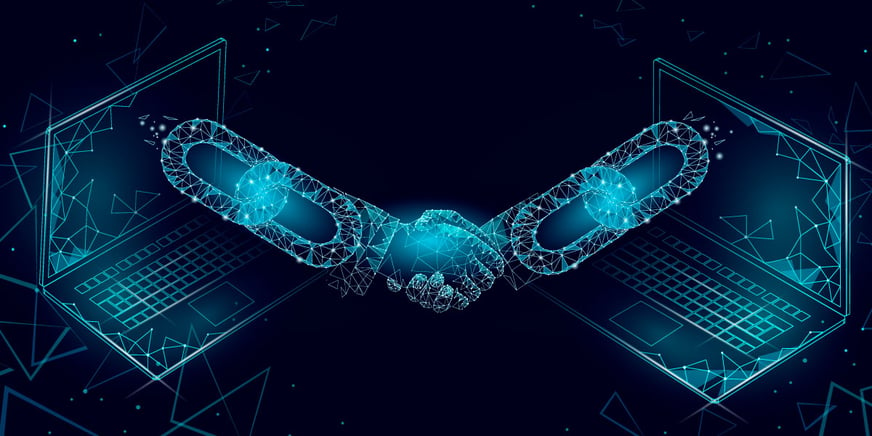 Consensus and immutability are core mechanisms in blockchain that insures data integrity.

How does it work? Because blockchain is a decentralized ledger, if someone tries to alter data, the system will analyze the entire chain, compare it to the data changes, and effectively kick out any changes that don't match up: this prevents any unauthorized changes.

Access and identity management is also possible through blockchain. This is because every transaction which has taken place within the blockchain is recorded. A blockchain-based identity and access management (or IAM) system would make it impossible for hackers to enter a system and leave it undetected. Blockchain's characteristic immutability also means that attackers cannot cover their tracks by erasing the access record.

Blockchains use a cryptographic hashing function—the process where an algorithm receives an input of data of any size and returns an output (or hash) that contains a predictable and fixed size. Regardless of the input size, the output will always present the same length; but if input changes, the results of the output will be different. If the input doesn't change, however, the resulting hash will always be the same.

For a blockchain, these hashes are used as identifiers for data blocks. The hash of each block is generated in relation to the hash of the previous block—this creates a chain of linked blocks. These hash identifiers play a crucial role in ensuring blockchain security.

7 Examples of Smart Contract Use Cases