How Does Cryptocurrency Work?

Cryptocurrency, which is a medium of exchange, is a "digital asset," in which the money doesn't take the form of a bill or a coin like traditional money. Instead, the money is stored in a digital ledger or database. It doesn't exist in a physical form the way the money in your wallet does, so how does it work? Let's find out.

READ OUR INTRODUCTION TO SMART-CONTRACT-AS-A-SERVICE (SCaaS)

Cryptocurrency is an encrypted, decentralized digital currency transferred between people and confirmed in a public ledger through a process called mining without a central bank or administrator. Cryptocurrency was conceived in 1983 by a cryptographer named David Chaum, but its true rise to the forefront of public consciousness came in 2009 when Bitcoin became the first open-source software and is considered the first decentralized cryptocurrency.

The basic idea of a cryptocurrency isn't too different from a bank credit on a debit card or using PayPal: in these cases, there is a system in place that issues currency and records transactions to allow people to send and receive money via electronic payments. The main difference is that in a bank credit transaction, a bank or government keeps the ledger; a cryptocurrency transaction doesn't use a middleman like a bank, which is why they're known as "peer-to-peer" transactions. 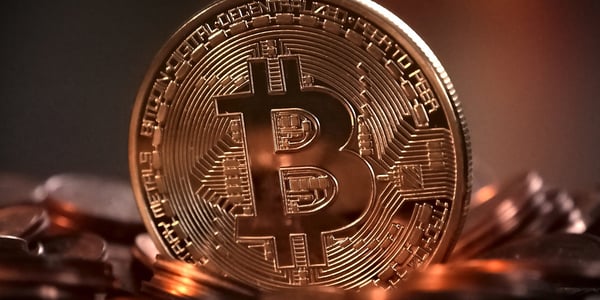 So, there's your background, but how does cryptocurrency, specifically decentralized cryptocurrencies, work? When a cryptocurrency is decentralized, it works through a distributed ledger, such as a blockchain, to serve as a public financial transaction database. Cryptocurrencies aren't overseen by government agencies, so there needs to be an oversight system in place make sure everyone "plays fair." Bitcoin, for example, created a system where two people (the buyer, who is sending the coins; and the seller, who is receiving the coins) must sign off on payments to create a digital signature. Each person has two encryption keys: a private one and a public one. Every transaction requires both parties to verify both keys--the buyer, for example, will enter their private key and the seller's public key (and vice-versa) to verify for accuracy.

Since Bitcoin came to market, there are now over 6,000 variants of it--also called altcoins. Each of these currencies are slightly different, but what they all have in common is that they are supported by blockchains--a decentralized peer-to-peer network. The blockchain technology acts like the bank as it keeps track of all cryptocurrencies, whether they are being held in a "wallet" or are being used in a transaction.

We mentioned "mining" earlier, but if you're not entirely sure what that means, let us explain. Mining was another invention of Bitcoin. In essence, "mining" is an auditing activity: "miners" are being paid to verify previous transactions and prevent "double-spending," which is a scenario in which a crypto owner manages to spend the same bitcoin twice. This is a bit complicated, but for a simple analogy, miners make sure counterfeit bitcoins aren't being used and are paid for their work in cryptocurrency.

Securing cryptocurrency is essential to its future, which is why Bitcoin and other cryptocurrencies rely on blockchain technology to protect users and their money. Blockchains are a highly secure solution for cryptocurrencies and other industries which require the highest level of security available.