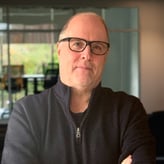 The SIMBA Chain team is stoked about our newest team member, Jeff Curtis, who, as a high school math nerd, saw the inside of many a locker! For the last year, Jeff has served as a part-time SIMBA advisor. Now we’re making it formal: Jeff is our new vice president for Defense and Supply Chain. He certainly has the chops. He spent nearly 33 years with the U.S. Department of Defense (DOD) and is an expert in logistics and supply chain, having led policy and strategy for multi-billion dollar organizations. How many people can say that? Now, he’s helping SIMBA unleash the power of blockchain on government and industry supply chains. Hang on, this is going to be fun! Now, enjoy our conversation with Jeff.

SC: What are your official responsibilities at SIMBA Chain?

JC: Multiple things. I’m the subject matter expert in logistics and supply chain matters since that’s what I did at DOD and can drive opportunities. I’m also an ambassador for SIMBA to the DOD and the rest of the federal government as I have a rather extensive virtual rolodex of contacts and friends I can count on for thoughts and advice.

SC: You held very high level federal positions in the Pentagon and with the Defense Logistics Agency. What led you to retire and join a startup in Indiana?

JC: I wish I could say I had this brilliant grand plan that I executed to perfection to end up in this genuinely exciting role with SIMBA. The truth is more a matter of serendipity and being in the right place at the right time. I had a good friend a few years ago who saw me struggling with some things and she said, “You know, you’re fighting the universe on this one, and you generally don’t win against the universe.” And it stuck with me. About two years ago there were some family changes going on, including my oldest finishing college and my youngest going away to college. A notice came out at DOD about early retirement opportunities. I decided the universe was putting something in front of me. So I went to my boss and asked her if she’d approve my retiring and she very graciously said she would but asked if I’d give her some time to make a smooth transition with my job. Six months later I was on my own. To be honest, I was genuinely frightened and nervous…leaving an organization I’d been with my entire adult life and stepping into a great unknown.

SC: And SIMBA? How did you find us?

JC: With SIMBA, I managed to stumble into this impressive organization that has such a great future and potential. I attended a Supply Chain Risk Management symposium about a year ago and met Anjon Roy, SIMBA’s VP of Business Development. He heard me discussing my background and asked if I’d like to talk more about SIMBA. That grew into discussions with SIMBA co-founders Joel Neidig and Ian Taylor and eventually we reached an agreement to do some advising. This eventually led to the fulltime slot we’re discussing today. The universe spoke and I had the good sense to listen.

SC: You managed $35 billion in annual demand/sales value at the DOD? How in the world do you do that?

JC: It’s interesting you reference that. I was at Defense Logistics Agency from the time I was 22 years old. I never really stepped back and looked at the enormity of what we did every day. In hindsight, I wish I had done that at times during my career. One of our former directors said we were “logzilla”—the logistics Godzilla—and it was true. I would put the Agency up against any other logistics organization in the world, including Amazon and FEDEX. It’s an amazing place. If you break up that $35 billion, about half of it is fuel for the military another quarter ($8-9 billion) being food, clothing, medicine, and the like. What I considered the biggest challenge, and where I like to think I made my mark was in that final 25 percent, which was spare parts…more than five million of them…ranging from complex weapon system spares to nuts, bolts and bearings, to hoses and tubing. Each has their own individual history: specs, requirements and customers. To ensure “right place, right time, right price,” you somehow have to forecast up to a year in advance as to what is going to be needed when and by whom so that you have what a military customer needs when they need it. Sometimes it was an easy forecast and sometimes it was pretty much impossible. So you combine science and art and try to maximize warfighter support on a finite budget to get the best bang for the taxpayer buck.

JC: I used to joke that my job was terribly unsexy until something failed and then it got lively real fast. I’ve been a big baseball fan since 1972 and compare the Defense Logistics Agency and my roles as similar to a baseball umpire. If we left a game and I said, “What’d you think of the umpires” and no one noticed them, they probably did a fantastic job. If you took note of their involvement in the game, or even recognized one or more of them, something had probably gone awry. The Agency was somewhat similar. If the warfighter was able to concentrate on his/her job without worrying or even giving thought to their food, fuel, medicine, clothing or repair parts, we’d done well. It was something we took great pride in.

SC: Where do you see blockchain figure into all of this?

JC: One of the biggest challenges managing the DOD supply chain is also managing the associated data. Whether it is finding the data, cleaning data, sorting out duplicative data, etc. , it requires maintenance, lots of maintenance. During my years as an analyst, I spent well over half my time wrestling with data and far too little time actually analyzing it. Blockchain gives us an amazing opportunity to have a “single version of the truth” in terms of the litany of data inside of massive federal and commercial entities. It creates the opportunity to free up brilliant analytical minds to do more analyzing and less time struggling with dirty and missing data.

SC: What are the opportunities for blockchain in government supply chains?

JC: An initial opportunity is auditability. The DOD Inspector General has said that DO has a long way to go before it’ll “be able to obtain a clean audit opinion.” Getting to a clean opinion is challenging and frustrating in terms of ensuring processes are documented and then, more importantly, followed. Blockchain certainly provides an opportunity do provide an immutable chain of tracking and ownership of data and inventory. And, not only is blockchain immutable, it’s wholly secure. I expect it will provide much goodness to federal audit efforts, as well as in industry, as we move forward.

SC: Cyber threats as well as general espionage directed at the U.S. government and industry have never been greater. Does this potentially create more demand for blockchain?

JC: Absolutely. The aspects I see are the security blockchain delivers and it being nearly impenetrable. Also, the tracking of who owned/touched what and when. One example is microelectronics. The Defense Logistics Agency continues to evolve how it buys and track the provenance of microelectronics. It’s incredibly difficult to be able to know that provenance of an item back up the supply chain and then also trace it forward as it’s supplied to future customers and ultimate users. Blockchain can certainly help provide that moving forward and in a secure manner.

SC: SIMBA has done well securing contracts with the DOD. What has attracted the DOD to SIMBA’s blockchain solution?

JC: One of the greatest things about SIMBA is that we have a blockchain product that is real and tested in the market, not just conceptual. Plus, being a young company we are still nimble with limited bureaucracy. It’s HOW we’re going to solve challenges...not IF we can. And having successfully negotiated through the wickets of SBIR via DARPA as SIMBA did in their early days certainly doesn’t hurt.

SC: Will you be helping SIMBA in the private sector?

JC: It’s certainly my intent. I don’t think there’s much the commercial sector can throw at me that I haven’t faced in the Defense Logistics Agency. 2020 was a banner year for supply chain disruption and I certainly hope this ongoing crisis is not going to be without lessons learned. The important thing for organizations is to identify their supply chain risks and have mitigation plans in place. Blockchain definitely should have a role in those plans.