Mexico’s Restaurantes Toks Is Transforming the Lives of Growers 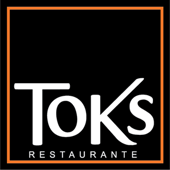 SOUTH BEND, IN Feb 25 2021: Few people understand the social injustice found in a cup of coffee like Gustavo Pérez Belanga, director of corporate social responsibility at Restaurantes Toks. On any given day, four billion cups of coffee are enjoyed around the world. Of the $3 charged per cup, just 12 cents goes to the coffee growers, many of them living in poverty in small communities in Mexico and other Latin American countries.

“No money for food, no educational opportunities for their children, trafficking of all kinds, and that is just a start,” Belanga says.

Now, thanks to a ground-breaking blockchain-enabled pilot project between Toks, SIMBA Chain and the University of Notre Dame, Mexican coffee growers have reason to celebrate, having seen their incomes soar by as much as 700 percent with the potential for more opportunities.

The story begins nearly a decade ago, when Toks began working with communities in the remote coffee-growing region of Tacanã in Chiapas, Mexico, to address deeply ingrained socioeconomic and environmental challenges. Among the first steps was to form a cooperative to give coffee growers a unified voice and enable them to sell directly to Toks, which operates 200 restaurants across Mexico. In 2020, Toks and SIMBA Chain launched a blockchain pilot project with 20 of Toks’ 200 coffee grower-suppliers to support a completely trackable, auditable “farm to Toks” supply chain.

“What SIMBA Chain did was build a custom blockchain application that mimicked the paper-based processes the coffee growers were familiar with so neither they nor Toks had to change much of how we do things,” Berlanga explains.

In early 2020, SIMBA Chain sent a team to Mexico to study every step of Toks’ coffee supply chain, from grower to coop to processors and ultimately to the company’s warehouses and restaurants. The goal was to create a secure, trackable digital record across the supply chain, starting with the initial transaction between grower and coop manager.

Taylor explains. “Once the grower brings the coffee cherries in, the coop manager ‘owns’ the transaction and supply chain, managing the process on his smartphone. Each bag of coffee is logged onto the blockchain and receives a QR code that links all of the transactions—shelling, roasting, grading, shipping—so that bag of coffee is always visible and trackable. The quality and quantity is also captured on the blockchain, which further protects the integrity of the coffee and location of each bag. This level of tracking granularity also enables new business models by potentially monetizing superior coffee grades to provide new income streams to the farming communities.  It’s only when the coffee reaches a Toks restaurant that it leaves the blockchain.”

The ability to track a bag of coffee from grower down to a cup of coffee is also a unique and valuable marketing benefit as consumers increasingly want to know the provenance of products they’re consuming. Berlanga says no other restaurant in Mexico can tell its customers, “Your coffee was grown by this farmer in this community in Mexico for your enjoyment and back it up with blockchain’s undeniable proof. That is special.”

And it's the un-hackable record of the coffee’s provenance that is opening new avenues for growth. Already Toks has earned the Certified Organic Seal for its coffee from the United States and Europe as well as certification from the Rainbow Forest Alliance. The company will secure the Fair Trade Certified™ designation this year. These certifications enable Toks to sell their coffee as a specialty sustainable coffee and command higher prices in international markets.

Berlanga says blockchain has the potential to change the lives of Mexico’s small coffee producers and farmers forever. “Before Toks, no one was fighting for the interests of Mexico’s farmers. With SIMBA Chain’s help and blockchain technology, we are giving power back to the farmers and returning trust to business relationships. Our next step is to get our other coffee growers on blockchain and ultimately expand to other products like cocoa and honey.”

SIMBA Chain CEO Joel Neidig says the blockchain platform is the ideal solution for any food and beverage producers, processor, distributor, or retailer seeking more visibility, trackability and auditability across its supply chain. “The beauty of the Toks project is that blockchain is no longer an abstract technology people equate with cryptocurrency. Instead, it’s a real solution with a potential to change industries, companies, and people’s lives for the better. We’re grateful to Gustavo (Peréz Berlanga) for this opportunity and eager to bring the rest of the Toks coffee coop members onto blockchain.”

Restaurantes Toks is a 50-year-old multiunit restaurant chain based in Mexico with over 200 units nationwide. Is part of Grupo Gigante, a conglomerate with businesses in the retail, real estate, and restaurant sectors.  Two decades ago, Toks started a responsible and sustainable journey within its operations as well as its supply chain, benefiting more than 50,000 people.   Nowadays, Toks is among one of the most awarded Mexican companies for its social and environmental initiatives. Learn more.

The Bureau of Magic conjures up Passport to Oz