|In Blockchain, Protocol
|By SIMBA Chain

In a 2015 whitepaper, David Mazières described the Stellar Consensus Protocol (SCP). He described it as an agreement system which allowed for decentralized, leaderless computing networks to efficiently reach a consensus outcome on a decision. Nowadays, the SCP is still being used by the Stellar payment network to provide a consistent overview of transaction history on the network. But beyond that, what exactly is the Stellar Consensus Protocol and how does it work? Let's talk:

Before we go any further, though, we must discuss what Stellar is. The Stellar platform was released in 2014 with the goal of using blockchain to provide more accessible services.

The next word to explain is Consensus. When we talk about ledgers, there must be an agreement that the recorded information is accurate. In the case of a centralized ledger, that agreement is simple: the centralized power is the only one with access to the ledger, so it claims the information is true, and that must be accepted by users. A distributed network is a bit more complicated, though. In a public blockchain, anyone can add information to the ledger and anyone has the right to verify whether the information is true or untrue. It is for this reason the network must reach a consensus, or a general agreement that the data is correct. This is not an easy task because the users and validators are unknown, therefore they cannot be trusted.

How is it possible to achieve a consensus among untrusted individuals and confirm the validity of the data in the ledger? A Protocol needed to be put in place to define how information is added to the registry. 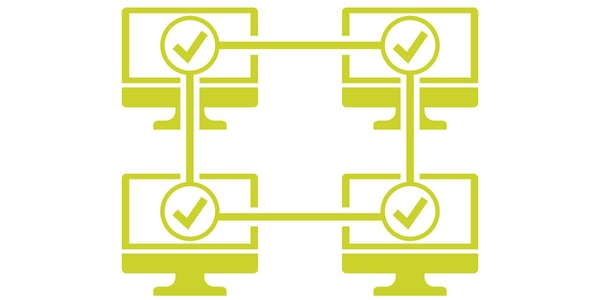 A network must reach a consensus, or a general agreement that the data is correct.

Put the three together and we have the Stellar Consensus Protocol, which provides a way to reach a consensus without relying on a closed system to accurately record financial transactions. The SCP has a set of provable safety properties that optimize for safety over liveness. In the event of misbehavior, the progress of the network halts until consensus can be restored. There are four key qualities of the SCP: decentralized control, low latency, flexible trust, and asymptotic security.

Let's break those down further. Decentralized control allows anyone to be a validator in the network and there are no restrictions. Low latency means that the consensus can be reached within a few seconds. Flexible trust means participants are able to decide what other nodes (the participants in the network) they trust without restrictions. Finally, asymptotic security refers to digital signatures and hash families used in a way to protect the network even against very high computing power.

Stellar uses SCP to reach a consensus on their platform, however, unlike other consensus protocols, SCP doesn't define a system of incentives for nodes, nor does it provide a system for coin emission, which means Stellar's Network emission of Lumens (XLM), is independent from the consensus protocol.

What to Know About Digital Badges and Certifications