Use Case in Smart Contracts and Property Transfers

|In Education
|By Matthew Shroyer

SIMBA Chain Provides the Tools For Anyone to Unlock the Power of Blockchain: A Use Case in Smart Contract and Property Transfers

Several years ago I helped a friend of a friend, let’s call him Joe, in a buyout negotiation of his rent controlled apartment in New York City. Joe grew up in the neighborhood where he was living and had deep roots there. His landlord wanted to sell the building to a developer looking to take advantage of the continuing wave of gentrification that has been sweeping over New York for what feels like forever.

In order for that to be a worthwhile proposition the developer needed to get the current, rent-controlled, tenants out of the building. The way to do that (legally) was to offer Joe a lump payment to vacate the apartment. Once the rent-controlled tenants vacated, the developer could pour capital improvements into the property, breach the thresholds required by the rent-control laws, and charge market rates to new tenants.

After some back and forth we agreed on a number that would fairly compensate Joe for leaving the sweet deal he had on his apartment. But that wasn’t the end of the negotiation. Joe had a good relationship with his landlord, but had no relationship with the real estate developer at all. From their perspective, there was no reason for the developer to trust Joe just as there was no foundation for Joe to trust the developer. What was to prevent Joe from entering a new lease, putting down a security deposit, packing all his stuff, hiring movers, and vacating the apartment only to find that the developer failed to issue all or a portion of the agreed upon payment?

As a first year government employee, Joe did not have the funds for any drawn out legal battles. From the developer’s perspective, what was there to stop Joe from accepting payment, either in whole or in part, then simply refusing to vacate the apartment? Even with such an egregious breach of contract, New York offers significant safeguards to rent-controlled tenants and taking Joe to court to get him out of the apartment would have, at the very least, cost the developer significant delays and a significant amount of money in opportunity cost and legal fees.

There were no issues in Joe’s case. The transfer of keys and money went off without a hitch. But not without (to put it mildly) a fair amount of handwringing on both sides. With the number of these deals, and deals like them, taking place every day around the world there are undoubtedly enough unsavory actors to make both Joe and the developer’s concerns legitimate.

Think of how much could be gained by eliminating the risk factors that come with having to trust a party that is adversarial by its very nature.

Because it would be on the blockchain, once in place, there would be no way to alter or tamper with the smart contract. If the funds were not released to the smart contract, there would be no transfer of the property and vice versa. It would be impossible for Joe to be left out in the cold and it would be impossible for the developer to pay for something they did not receive. All of that is fine and dandy. But how are Joe or the developer supposed to utilize a technology like blockchain that so few people understand let alone know how to utilize? 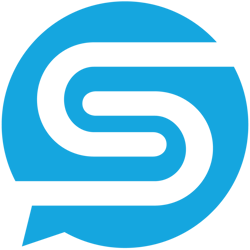 SIMBA Chain’s straight forward interface and dynamic API allow anyone to easily build smart contracts in minutes. The technology is sitting there for anyone to use; lawyers, real estate companies, or first year government workers like Joe. This is just one example of how blockchain technology can solve real world problems and how SIMBA Chain brings that technology to people without a technical programming background. And it’s free to take for a spin. If you haven’t already, I highly recommend taking the platform for a free test drive. Our team is ready and waiting to help you if you have any questions.

How Does Cryptocurrency Work?