When a company, school, or government decides to turn to blockchain to help them resolve a challenge they’re facing, it’s important for them to identify a few issues as part of their blockchain implementation process. See, it’s not enough to decide that you want to use blockchain as part of your business processes, there are more complexities to analyze and decisions to make. For example, who will be able to access the blockchain and the data that lives on it? To decide this and you should be familiar with the types of blockchain.

Click Here to Read Our Enterprise Guide to Blockchain

Permissioned blockchains tend to be more efficient than their permissionless counterparts. This is because the former has limited access, so there are fewer nodes on the blockchain, and less processing time per transaction.

On the other hand, permissionless blockchains allow any user to pseudo-anonymously join the network and have unrestricted rights on the network.

Permissionless networks tend to be more secure than permissioned networks because there are many more nodes to validate transactions, so it would be more difficult for bad actors to infiltrate the network.

There is technically an overlap in this Venn diagram, but we’ll cover this shortly.

The 4 Types of Blockchain 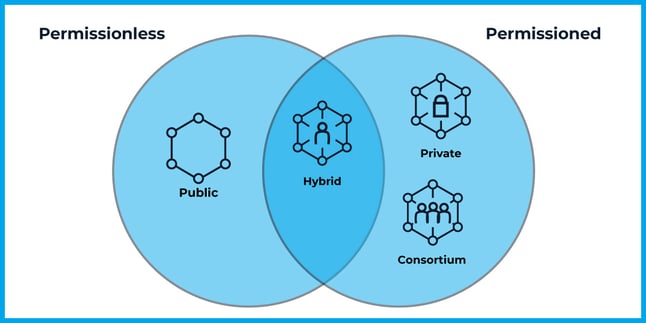 Private blockchains are great for business-to-business virtual currency exchange using a network like Ripple or Hyperledger. 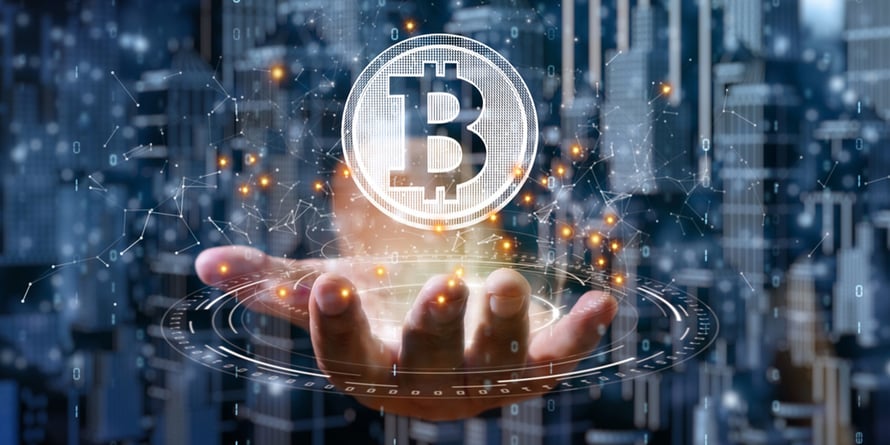 Bitcoin and other cryptocurrencies are most often found on public blockchains.

A consortium blockchain is ideal for business when all participants need to be permissioned and have a shared responsibility for the blockchain.


Permissioned or permissionless? Both.

Finally, there’s the hybrid type. Hybrid blockchains seek to strike a balance between the control private blockchains offer and the oversight of public blockchains. The hybrid model allows organizations to establish a private, permissioned model alongside the public, permissionless system. This enables the organization to administer who can access data, but it cannot change the transactions.

Once a user is admitted into the network, he or she will have complete access to the network. In most cases, the user is anonymous, but if he or she takes part in a transaction, then the other user will know who he or she is working with.

Which is Right for You?

Knowing who needs to access the blockchain network, the data that lives on it, and the four types of blockchain will help you make informed decisions and get your project on the right track. So, whether you’re a manufacturer seeking out ways to make your processes more efficient, a government working on supply chain issues, or a school integrating badges and certifications into your curricula, the SIMBA Chain team is here to help you achieve the goals you set for your blockchain project. Interested in learning more? Contact us!

Food and Beverage Services has a Supply Chain Problem. Blockchain is the Solution

Blockchain in the Automotive Industry